How to Lick Clit & Give Oral Sex The Right Way

by Dave Matters, Last Updated on: February 10, 2022 I'm a middle aged sexually active guy who couldn't last up to 2 mins in bed before, but now last up to 45 mins. Read More

You can always learn something new about sex, regardless of how old you are. Oral sex, to be precise. I’m going to show you how to lick vagina like a real champion today.

When you’re finished with her vagina. She will be unable to move, talk, or function properly for at least 30 minutes after the task.

So pay attention, since these oral approaches are on the rise. 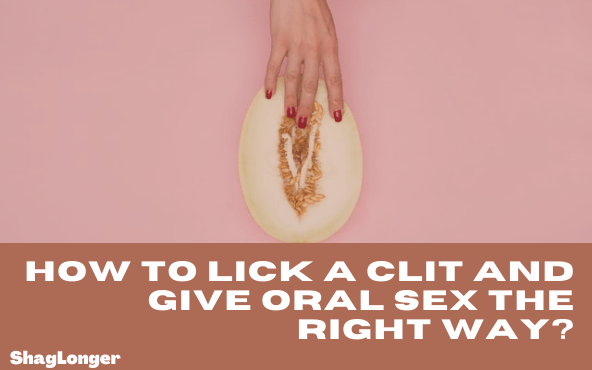 Before we get into the main meat of the process of licking clit, let’s go over the crucial information you probably missed in school since you were laughing so hard.

That is the female vaginal anatomy. You’ll be able to make her orgasm without fumbling about like a dumbass after you grasp how each element functions.

All you need to know about her pussy.

Clitoral hood – The hood or prepuse protects the clit by covering it slightly. The same thing a foreskin accomplishes for the penis. Without it, the clit’s sensitivity would deteriorate with time. When your girl is excited, the hood can retract, revealing the clit.

Clitoris – This tiny (or large in certain situations) stub is the most important component of eating pussy and will be your primary focus throughout. The clitoral glanse is particularly sensitive and is placed near the apex of the vulva.

Labia Majora – Also referred to as vaginal padding or the outer lips. The labia majora are the thicker skin folds on the vulva’s exterior. They can enlarge and darken during intercourse, a condition called as vasocongestion.

Labia Minora – These are the tiny, hairless skin folds that exist within the labia majora. They help to protect the vaginal opening, but they are also quite sensitive. Most people refer to them as “pussy lips,” and they come in a variety of forms, sizes, and colors.

Urethral Opening – Simply put, this is her pee hole. It’s useful to know so you don’t confuse it with something else (even if it’s nearly impossible to see), but it’s not required for oral sex.

Anus or butthole – Does your lady enjoy anilingus? Then she’s something else! The anus possesses a plethora of nerve endings that can be stimulated during oral sex. So, if she’s like butt stuff, technique #5 will satisfy her.

If you really want her to squirt, you must

After you’ve understood the anatomy, you’ll need to know the two most critical places that require stimulation from your fingers:

G-spot — A spot on the inside wall of her vagina, particularly near the front. The g-spot is easy to locate and is around half a knuckle deep from the vaginal opening. It has the appearance of a ribbed nubbin but is soft to the touch and, when correctly stroked, will cause her to have tremendous orgasms.

A-spot — This is a location deep inside her buttocks on the upper front region of the vaginal wall, near the cervix. Because it’s so high up, it’s not recommended that you use your fingers. Vibrators, on the other hand, can truly assist you strike the mark.

Pro tip: Your girl can have a variety of female orgasms, so you’ll find everything you need here to give her the finest ride of her life. Let’s go, huge guy!

Okay, we’ve covered the fundamentals. Here’s a step-by-step guide on eating her pussy: 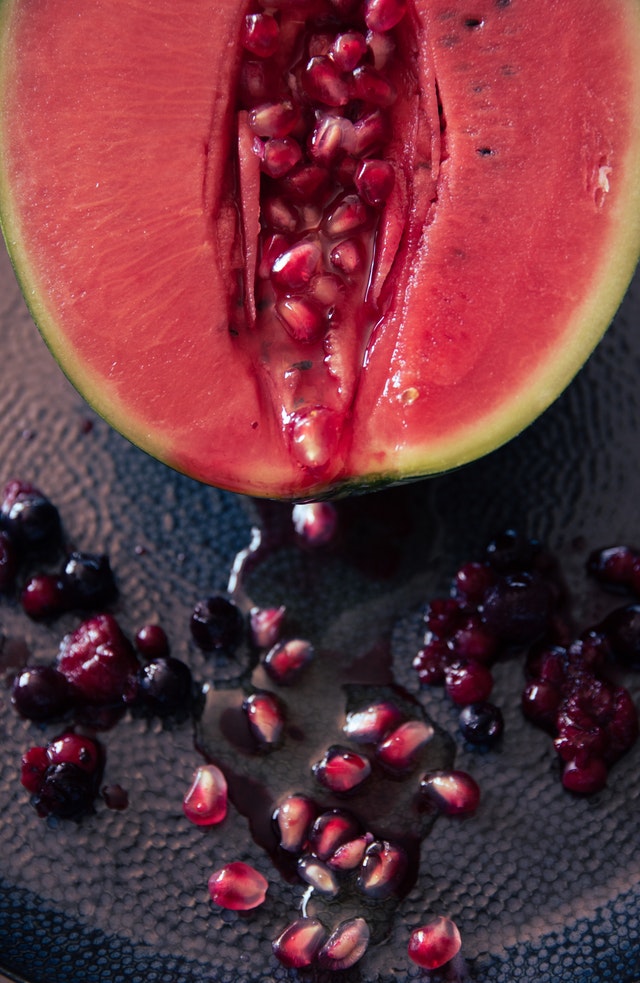 Make Her As Comfortable As Possible

All women place a high value on comfort. Make her feel as if she is everything.

The atmosphere you’re in has a big influence on whether she can truly relax and let go. If you’re in her house, all you have to do is be polite and caring because you’re in familiar territory.

If you’re in your own home/apartment, you’ll have to work a little harder to make her feel pleased and protected. Get the correct mood lighting, make sure the room temperature is neutral, your bedsheets are clean, alcohol can be a terrific relaxant, and maybe even a few candles (women love candles).

Music is also VERY POWERFUL, so utilize it to your advantage. Find some relaxing music on Spotify or YouTube and play it in the background to create a relaxing atmosphere in the room.

I know everything above seems obvious, but you’d be surprised how many men struggle to make their home attractive to women.

Put Her in the Mood, Build Up Momentum

When it comes to sexual desire, think dial, not switch.

There are others, which I will not go into depth about here. Kiss her neck, grab her buttocks, slowly undress her, suck on her nipples, feel her pussy while her panties are still on, and talk dirty to her.

Do Some Sucking, Licking, Rubbing, and Blowing

The unique formula for inducing orgasm in her. Make use of your tongue as a tool.

Sucking her clit quickly is a poor idea. This is a common blunder among men. You should build-up to the clit and then stay there until she orgasms, rather than going directly to it. Consider it the final piece of the puzzle.

Kiss her vagina first, because her inner thighs are a fantastic erogenous zone. Stop over her vagina and take slow, deep breaths so she can feel your warm breath. This will heighten her interest.

Start by licking slowly the labia minoras (lips) for about a minute. She should be groaning, wriggling, and trying to grab your hair. If she isn’t telling you what she wants vocally (which most women aren’t), pay attention to her body language.

Things are heating up now, and she should be on her way to orgasming. But don’t stop there; slide back down to her lips and make a slippery lubrication for her pussy with your saliva and her pussy juice.

See also  Does Caffeine Make You Last Longer in Bed? The Simple Truth

Even If She Says Stop, Don’t You Even Try To Stop?

The golden rule of eating out with girls.

When she squirms, chews her lip, sighs, groans, grabs your head, moves her hips, grabs the bedsheets, and screams words like “fuuuuuck,” it indicates you keep doing what you’re doing and DO NOT STOP.

Also, maintain the same pace/rhythm. You don’t have to move fast or slow; just keep the same pace till she falls. If you switch things up, she’ll have a tougher time climaxing.

When eating a female out, always use your fingers.

You don’t need to depend entirely on your mouth. You could and should use a finger, if not two. While your tongue is on her clit, gently move your index finger into her vagina, using the backwards stroking approach to stimulate her g-spot (also used when trying to make her squirt)

If you want to make your girl squirm even more. Use two fingers instead of one!

So thats that. Clear directions on how to properly eat that pussy.

Now for the positions…

These are the most popular oral sex positions, and if performed correctly, they should drive your girl insane. Just remember to keep your mouth and tongue movements consistent.

Are you feeling a little daring? As she sits on your face, cup her clit with your mouth and tongue. Because she has control over her hip movements, this will truly turn her on. Strap yourself in because things can get a little crazy.

Standing on all fours

Get her on all fours and suck her pussy while you’re at it. This will undoubtedly feel kinkier than the standard position, which should turn her on even more. However, it will be difficult because your neck will ache.

If you prefer an old-school oral, keep her laying in the missionary position and go to town on her puss. As you lick her out, keep your hands on her hips and periodically stroke her breasts.

Now, let’s take a look at some helpful hints you should keep in mind to help your girl recognize she’s dealing with a bedroom ninja.

Be clean-shaven or go for the entire bush – short stubble Women are harmed. Imagine your girl using sandpaper to pull your plonker off; that’s how it feels when you lick her out and your chin is stubby. It’s going to itch and burn a lot. So either be clean shaven or let your beard grow softly.

Check that your hands are warm – Warm hands are vital. Nothing is more unpleasant than icy hands caressing your intimate regions. It deflates the mood.

Tell her you appreciate her pussy (taste/smell/visual) – Women adore hearing that they have a beautiful pussy, that it smells nice, that she tastes amazing, that she turns them on and makes them feel sexy. So go ahead and do that, but don’t go overboard. Once or twice is sufficient. 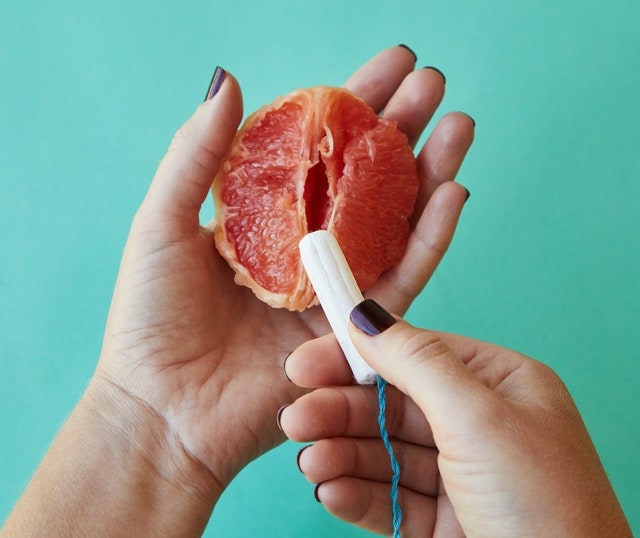 There isn’t really any difference between the clitoris and the vagina. It’s all a myth. The clitoris is covered by a hood that is related to her vagina’s inner labia (lips).

The in and out motion of the penetration drags the clitoral hood back and forth across her clitoris.

Furthermore, the opposite end of her clitoris separates into a fork on either side of her vagina, which has been dubbed the G spot. It’s about 1 1/2 to 2 inches in from the top of her vagina.

Although there is some additional sensitivity in the vagina, the majority of the orgasmic sensation is caused by the stimulation her clitoris receives on both ends from the insertion.

This is usually referred to as a “clitoral” orgasm, however the clitoris is involved in both scenarios. It is simply activated in a different way by penetration and thrusting.

Do women like it when you suck their clout?

If done correctly, it should be quite enjoyable, even leading to an orgasm.

Oral sex, on the other hand, is more than a “vagina being sucked on.” You would like to touch every nooks and corner with your tongue and mouth, stimulate the clitoris, sip her delectable fluids… then you get to see her up close and feel her contractions as she reaches a plateau; nothing beats throwing her over the edge with one final small flick of the tongue.

In fact, they’ll tell you as a male that you’re not going in the proper direction, that you’re not doing it correctly, or that it’s too sensitive. It is, indeed, embarrassing.

How to tell if she has orgasmed?

Every woman is unique, but the following are some signs that a woman is having or has had an orgasm:

Now, here are some activities she probably CANNOT perform for 5–15 minutes after a REALLY GOOD & PROPER orgasm (some women “recover” faster than others):

Come up with sentences. She shouldn’t say anything too intricate or well-thought-out (only an occasional “wow” or “oh my!” for some minutes…

In the best-case scenario, she won’t be able to speak at all! She’s not even in the same COUNTRY as an orgasm if she instantly rolls over and starts discussing politics.)

Make her move her body. She shouldn’t be able to move her arms and legs, let alone roll over. 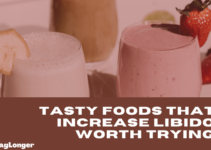 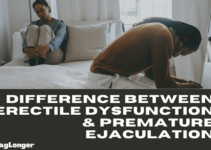 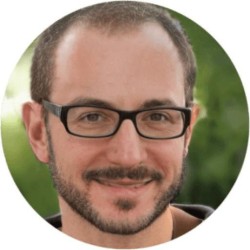